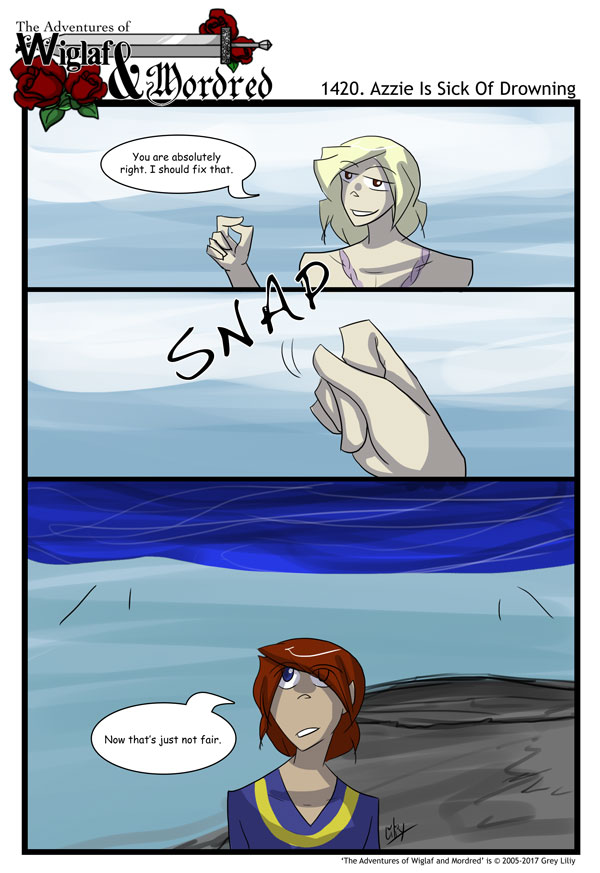 Azzie Is Sick Of Drowning

In fact if I remember right, he almost drowned at the beginning of this arc when he got yanked into the Lake. That boy is sick of water. :P

Funny story, despite being super sure I had saved about halfway through the strip, when I opened it to work on today it was all gone. So apparently it hadn’t. Oops. Had to start from scratch. Heh. It got done though! And even though it’s simple, I’m really happy with it (look at that hand in panel two — look at it!!).

And a heads up – No WaM Friday! Not because of computer troubles, but because I was an idiot who put off NaNo until the last minute and I’m going to be spending all of Thursday seeing just how many words I can write in one day. Wish me luck. XD

Edit: WaM’ll be late on Sunday. I had a headache and got distracted by video games. It’s kinda nice to have WaM be late for a reason other than my computer, but let’s hope it doesn’t become a habit. See you then~