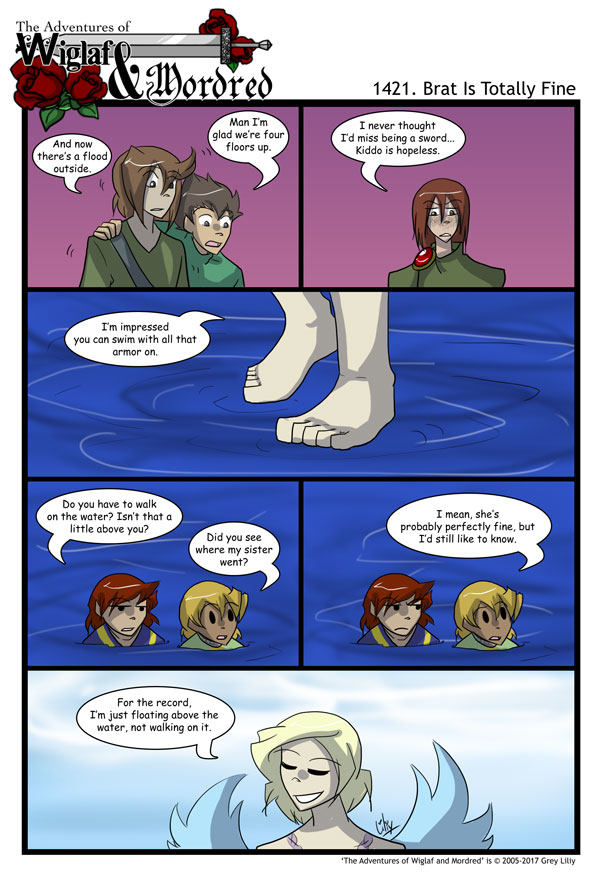 She is, however, very, very angry and everyone should beware. :D Camlann might not be Boss’s biggest worry anymore.

Camlann himself is debating what to do next. He got bored of lasers.

Edit: WaM’ll be up late Wed. evening. I was dirt tired after a social event and well, that’s it. I was too tired to deal with the computer and here we are. Ha ha.

Edit 2: So, the old computer decided to not turn on. I wish my solution wasn’t “turn it off and pray it turns on the next day” but that seems to be how things are rolling. I don’t know why this works when attempting to restart multiple times doesn’t, but it does. *heavy sigh* I’ll see you guys with a strip on Friday, hopefully. Cross your fingers.

Edit 3 (12/8/17): Last Edit for this post. End story: Computer’s dead. Short version is I’m going to look for either a way to fix it, or a way to get a new used one cheap somewhere (or maybe even see if I can’t borrow something). I’ll be posting all future updates on the new computer progress on my Patreon. Thank you. I hope I can get WaM up and rolling again soon.