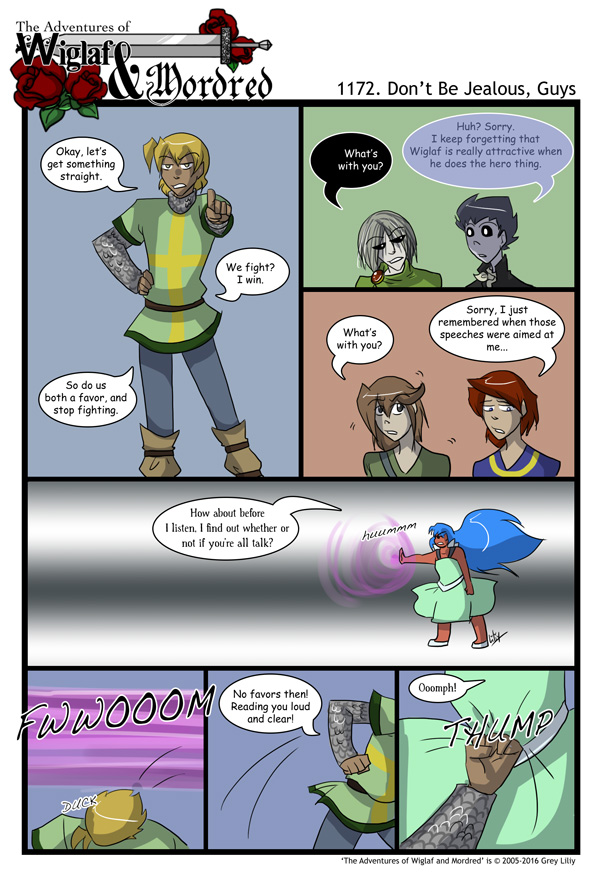 Funny though, I think Éclat and Azrael might have gotten along better than Éclat and Ben. And same for Grace and Ben. Just because Ben would have been better at ignoring Grace’s murderous tendencies. XD Ha ha ha ha ha.

Fun times. And a punch has been thrown! You go Wiglaf! XD

You show her, Wiglaf!