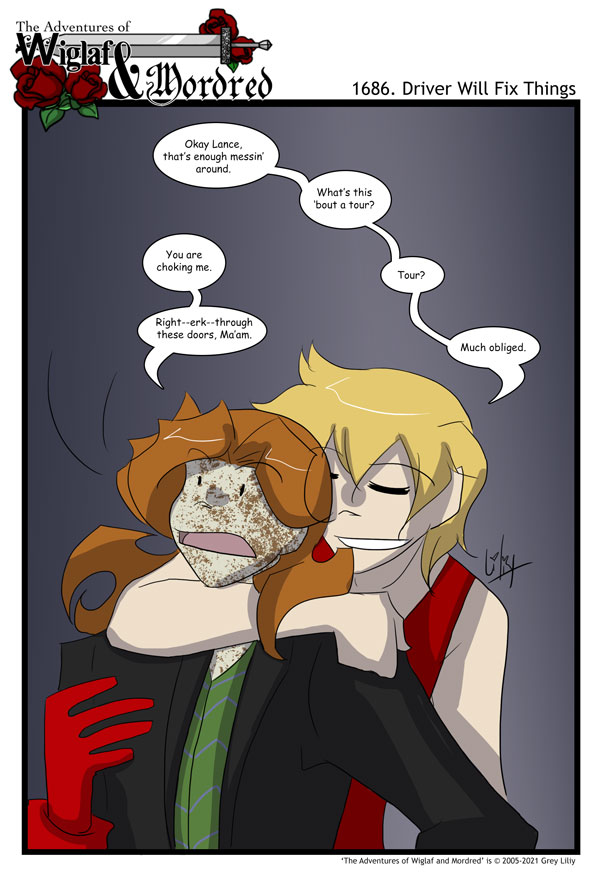 Driver is happy to get this tour moving.

Edit: Sunday night. During D&D I got the start of a headache and it is still there. I think I’m going to turn in early. I’ll see you guys on Wednesday. xd;; (And wish me luck this week. I have to take off work on Monday & Tuesday and I’m scared of what’s going to pile up on me. o-o).

Edit 2 on 1/6/21: Uh. So where do I start? I am officially working from home again for two weeks due to quarantine (exposed to COVID–don’t have it, lord willing, but still have to quarantine). Coworker dropped off a work laptop and there we are. Not the worst case (I’m still getting paid, at least), but it’s an adjustment I have to make again.

But that’s not why there’s no update.

There’s no update because the Capital Building was breached a few hours ago and it feels really inappropriate to be updating a comic while that’s going on even if it’s supposedly under control now. So instead, I’m going to alternate between keeping up with the news and keeping my mind off things by watching mindless videos. I hope that everyone stays indoors and stays safe.

I’ll see you on Friday.

Oh, I thought she was giving him a hug for a moment there.