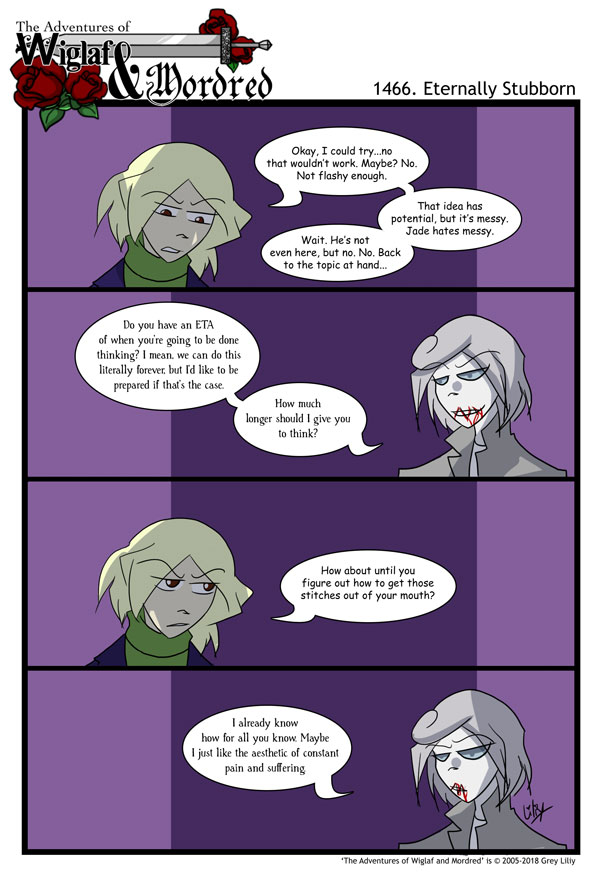 Camlann’s lying through his teeth. He hates those stitches. He hates them more than he can ever describe because they hurt and stop him from talking as much as he wants to.

The author on the other hand loves them because those long spiraling monologues are hard to write. Ha ha ha. Haah. It’s like when I gave Wiglaf a shirt so I wouldn’t have to draw all those chain links on his chain mail. XD

Edit: Hey guys, looks like there won’t be a strip on Friday. I had a concert that I needed to be in and it was a rough/stressful work week so when I asked a friend “Should I just skip?” I took his advice when he “Yes. Take a break, dude.” (Or something like that.) So uh, I am. I’ll see you Sunday!