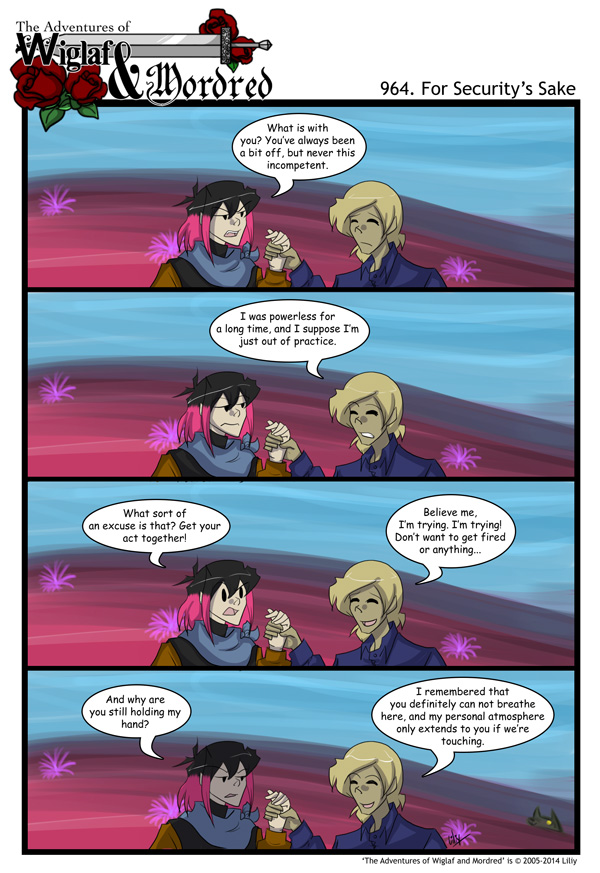 How on earth is it September already?

Seriously. Where did the year go. o_o

Let’s hope it goes better than August. XD *crosses fingers* We’re off to a good start so far.

Edit: There will be a strip on Friday. (It’s probably sad my news posts have started to look weird when I don’t have a little edit telling you stuff’s going to be late. XD;)

“Five Nights At Freddy’s Song” By The Living Tombstone

There’s a little, thing hiding in the background of the last panel xD

It kinda does. *ponders*

Mordred. Admit it. Blondies are your cryptonite.