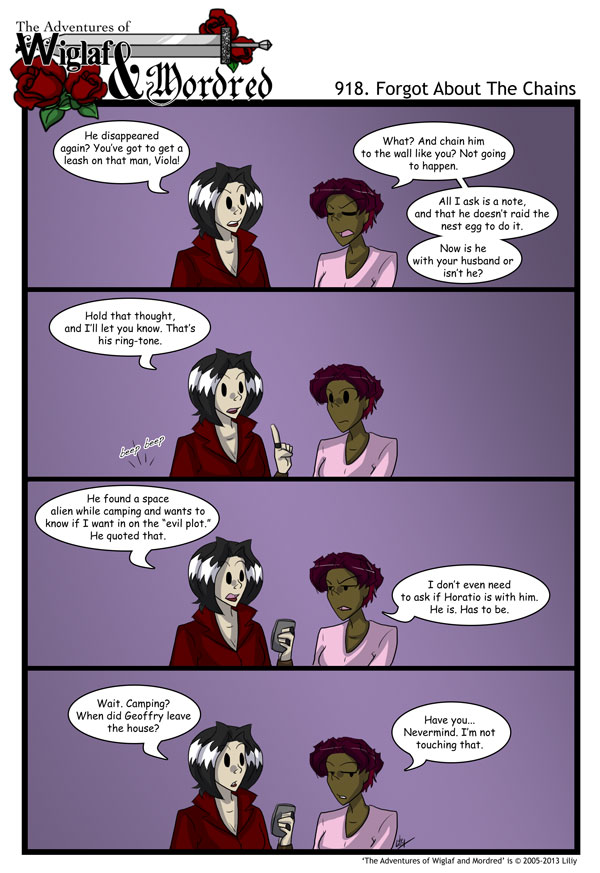 Forgot About The Chains

Yay! Another comic up on time! Hurrah! Good news.

Now here’s the bad news. I looked at my schedule this week, and I don’t think it’ll be possible to update WaM for a little over a week. o_o;; I’m going to be super busy.

WaM is on Hiatus until April 23rd!

I’ll still be around here or there on Twitter or Tumblr if you need me, but sadly no updates. I’ll miss you guys! T_T

Edit 4/22/2014: Hey guys. Crazy schedule week is done, however I got a few dates mixed up and some priorities have to happen before WaM.  Going to try and get the next comic up late Wed. night (EST time) either way. It’ll just be late. So check on the 24th.