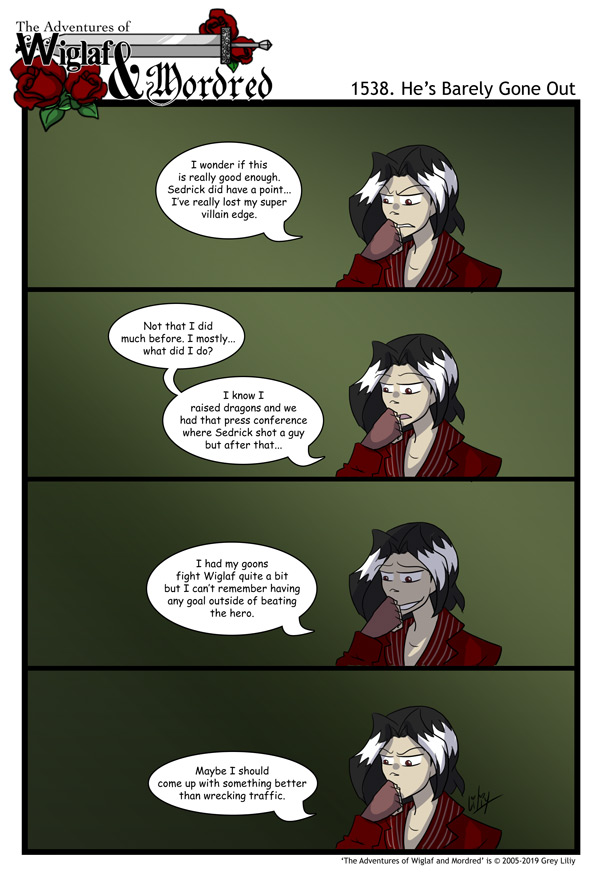 Arthur is the sort of guy who likes the super villain name but didn’t actually do much.

Or he did do things, he’s just forgotten because it’s been so long.

And he spent all his free time terrorizing his brother instead. :P

Edit: There is no WaM Sunday (the 13th). Sorry about that guys! I’ve been spending this week reworking my sleep schedule using a task app which has…worked better than all my previous attempts. Good news: I’ve been in bed before midnight all week. Bad news: It’s really messing with my system because I’m not used to it yet and I’m exhausted. So I’m going to pass out early and I’ll see you on Wednesday. (And wish me luck! I’ve been trying to get my sleep in order for like three years, but this the year I’m going to do it, gosh darn it!)

I’m now havin’ ta wonder how his folks would react if he went the good guy route? It seems he only went the super villain way because of his parents. Like they may have expected him too. They have one daughter who isn’t a villain and they still love her.

Did he ever destroy that village Madame Garrott wanted him to destroy (Fairly) early on? That would be something else to his name?

I love his pensive expressions.