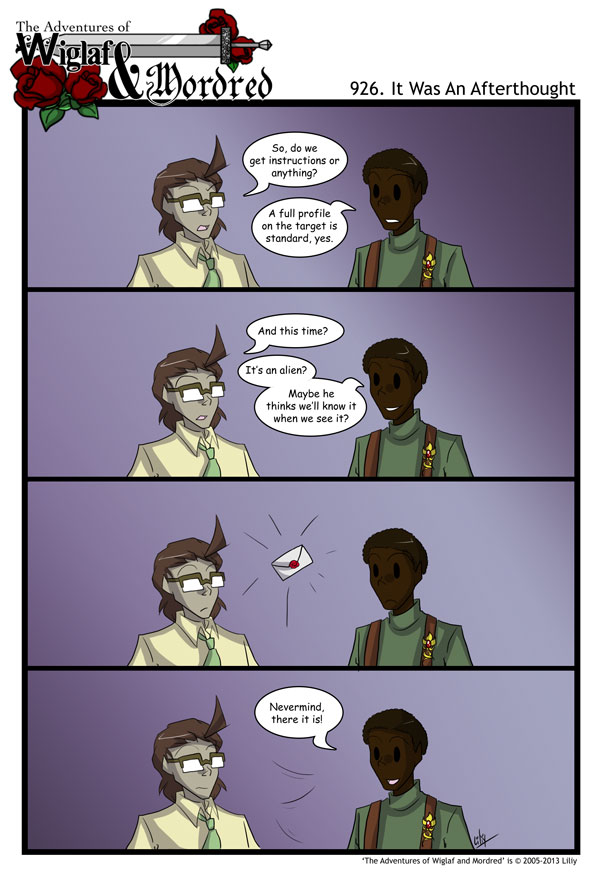 It Was An Afterthought

Okay, so I’ve been complaining about sleep for the past year or so, and I’m tired of tell you guys about it. Which means this year, instead of just telling myself I’m going to get more sleep–I’m going to do it.

But all that really means, is that I’m going to stop telling you that “Color will come later.”

Because it will. You know it will. It’ll come. XD

It should also cut down on the “WaM’ll be late” too…hopefully.

Edit: I live to jinx myself. There will be a comic up Wednesday night. Late or not. o_o