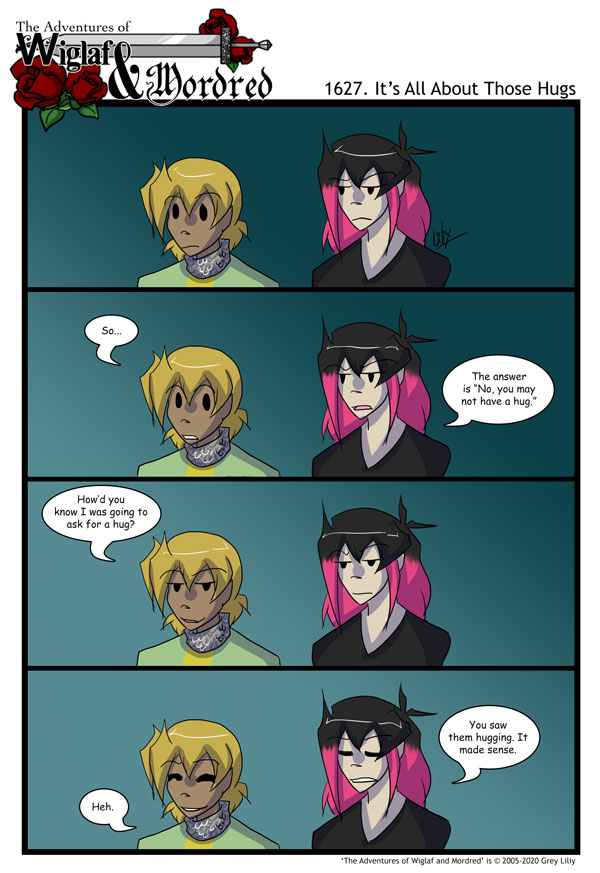 It’s All About Those Hugs

I almost drew them hugging because Wiglaf deserves it.

But I like Mordred telling him “No” too much. Lol.

I can already tell you now that there will be no WaM on Friday. I have a dress rehearsal for a concert on Sunday and I’m always wiped after those (three hour rehearsals at night suck XD). I’ll also be surprised if I manage to get WaM done on Sunday because of said Concert. Lol. But we’ll see. I probably won’t make another update post, so if you show up on Sunday Night/Monday Morning and there’s no new strip–well, I’ll see you on Wednesday. :P