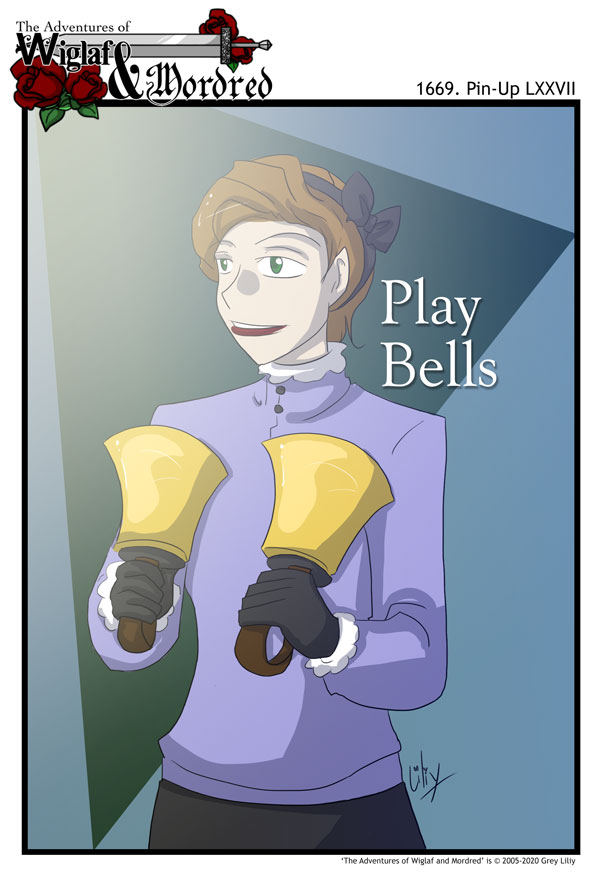 So my friend who passed was a fantastic musician. She played piano, organ, and the handbells and she was amazing at all of them. But I definitely knew her most for the handbells. She was very fond of trying to recruit anyone she could to play and participate in the group. Didn’t play music? No problem. She asked me almost every other week if I was going to come and I always said “No.” For years. It honestly turned into a little running joke. But just because I didn’t want to play, didn’t mean I didn’t enjoy listening to them.

They were a big part of her life, and I thought to myself: “What WaM character would have said yes?” And Sigrdrífa was it! So I drew her with handbells as a dedication to my friend.

Thank you again everyone for your support and well wishes (and again and again). As many people have told me, though, if I spent my downtime feeling guilty about having downtime then it isn’t really taking downtime. So I’m taking Sunday for me. No guilt. Just freely doing whatever I want.

So I’ll see you with the next update on Wednesday. Thank you so much and have a wonderful week!