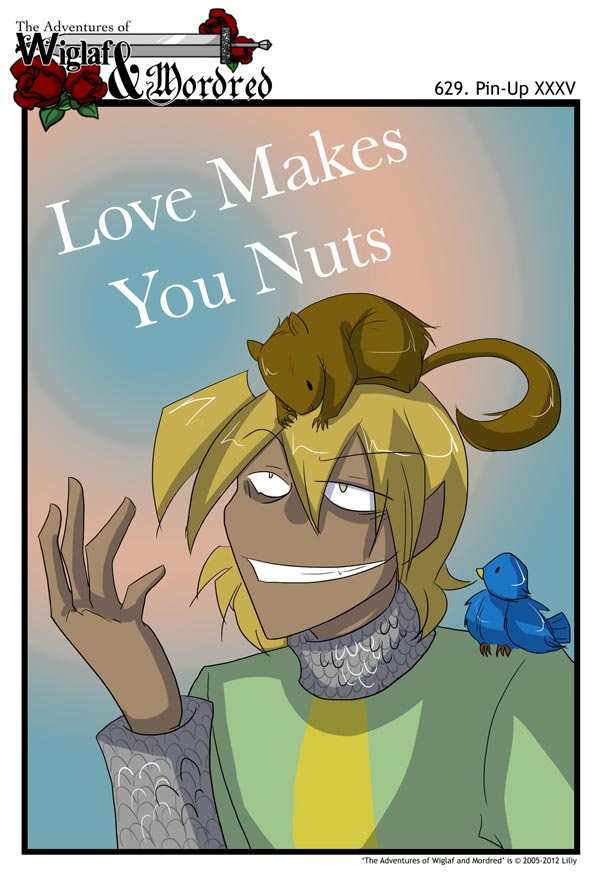 So, I need to apologize to everyone–I’ve been a bit of a mess and behind on, just about everything. That’s not really an excuse, but that’s the way it  is. Hobby or not, I’ve dropped the ball updating WaM and it makes me feel worse knowing it’s during the Pair-a-Thon.

So, hopefully this strip will be up on Friday along with the rest of the Pair-a-Thon entries and the voting form. Winners will still be announced on Valentine’s no matter what it takes! *strikes a pose* (So be prepared for everyone to do their voting over a period of one day at the rate I’m going. XD)

Thanks for sticking with me through it all. I really appreciate it and you guys are always awesome even when I’m failing to deliver. Hopefully I get back into the swing and this won’t happen again. :)

EDIT: So, I finally got WaM up at what? 2:20AM Saturday? XD So…look for the rest of the Pair-a-Thon entries and the voting form to go up on Sunday with WaM as I should be back to the regular schedule by then. Yay. Voting should be from Sunday to Monday–so it’s a really short window folks! I’ll try and make sure you have some extra time though, by announcing the winner AFTER I get home from work on Tuesday–so the form will be up until the moment I count. So hopefully that’s enough time to get it all in. XD

As for today’s Pin-Up…this is me compromising. The person it’s for probably knows what I’m compromising since I still haven’t coughed up the goods in a year. XD Wheeeeeeeeee.

At least you got last Sunday’s colored finally.

Oh no! Bliss exploded again, and this time so brightly that no pink remains!

I hereby nominate this as the scariest pin-up yet.

All levity aside, no worries Liliy. You’ll get back to WAM. We’ll harass you until you do! ^_^

Is it supposed to be blank?

Yes it is. She’ll get it drawn don’t worry.

My God… This Pin-Up is the most gorgeous thing I’ve ever seen. I would never have thought of having Grace and Eclat fighting from Wiglaf’s point of view in the middle of a snowstorm. Absolute genius!

lily your fans are awesome

XD I love it! Very much Wiglaf vs. Squirrel. And everyone knows, even the bluebird, that Wiglaf won’t actually hurt the rascally rodent.

Wow, Wiglaf’s got a serious eye twitch going on there. XD The squirrel and the bird are so cute though!

Holy…. Wiglaf looks seriously whacked, there. Apparently Mordred finally pushed him too far and he had to go kill a squirrel. :P

If I ever see that expression on Wiglaf during the canon comic, mind, I’m going to go hide under my bed.

The squirrel is lucky that Wiglaf has too much class to harm a small animal, even when he’s annoyed by it. XD Together with the bluebird, this makes a real cute portrait.

I’m glad this is up now, and I’ve got to say that Wiglif’s expression is ….Squirrel! … Just perfect.

And anyone who can tell me what that ‘Squirrel’ is from gets a prize, or maybe not.

The squirrel is from the sketch comic Wiglaf VS Squirrel which can be found by clicking “Vote TWC” at the top of the page.

Or it’s from the animated movie ‘Up’. ;P

I was talking about ‘up’ it just reminded me of the dogs getting distracted by ‘squirrels’ all the time. I think that both the dogs and Wiglif can honestly say that “I dont like squirrels!”