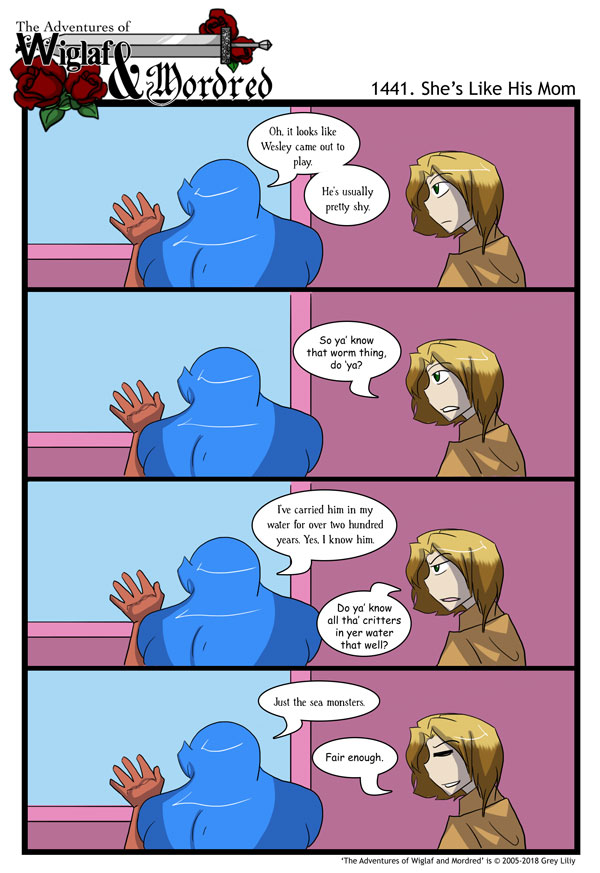 The sea/lake monster has a name. Only Lake knew it. But he has one. :D

Also I do know that the Valkyrie sisters are technically in the hotel. Their “Azzie is in trouble radar” is broken. Thoroughly. *coughs*

Edit: Sunday’s WaM’ll be late because I had to do yard work which always makes me want to crash (even if it was just for an hour) and I got distracted binging Game Theory Videos on Youtube. I figure if I’m gonna’ be late, I might as well be honest with why. (So many Five Nights at Freddy’s Lore videos. So, so many…). But on the bright side, I finally got to see Black Panther and it was great! Glad to see Marvel keeping it up with so many great movies. See you later Sunday~

Waaaaaaaaaaaaaaaait… if she’s basically his mom then does that make Camlann his dad? XD Because Lake and Camlann already act like an ex-married couple.

Sometimes I wish there was a “like” button for other peoples comments. This is one of those times.