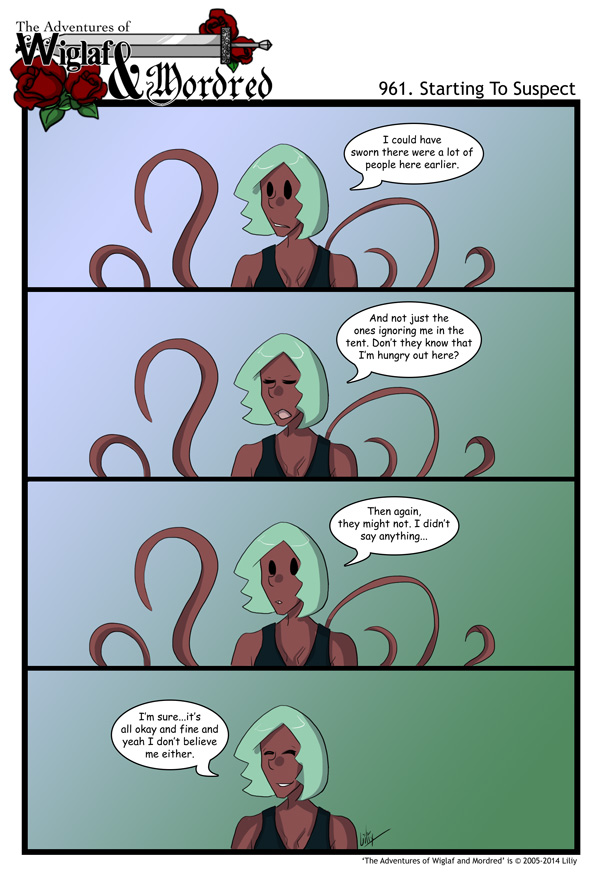 My tablet of ten years finally started giving out on me, so I bit the bullet and bought a new one. It’s…going to take a little getting used to. I technically got a cheaper tablet than I did last time, but the other one is so old the new one is light years better–and I’m not used to the new pressure sensitivity. XD

Poor Fuxiyiya. Doesn’t have a clue what’s going on. XD Keep track of your stuff, Fuxiyiya

Edit: I’ve started the next WaM, but it’s not done and it won’t really work as a sketch. So it’ll be up late~ Thanks!

… wait so does Fuxi not know about the Jelly Spud?

No he does not.

he/she/xhe,you mean. This is the genderless (?) alien we’re talking about here! Show some proper respect! :P

Fuxiyiya doesn’t mind he or she pronouns. So Icy was fine. XD