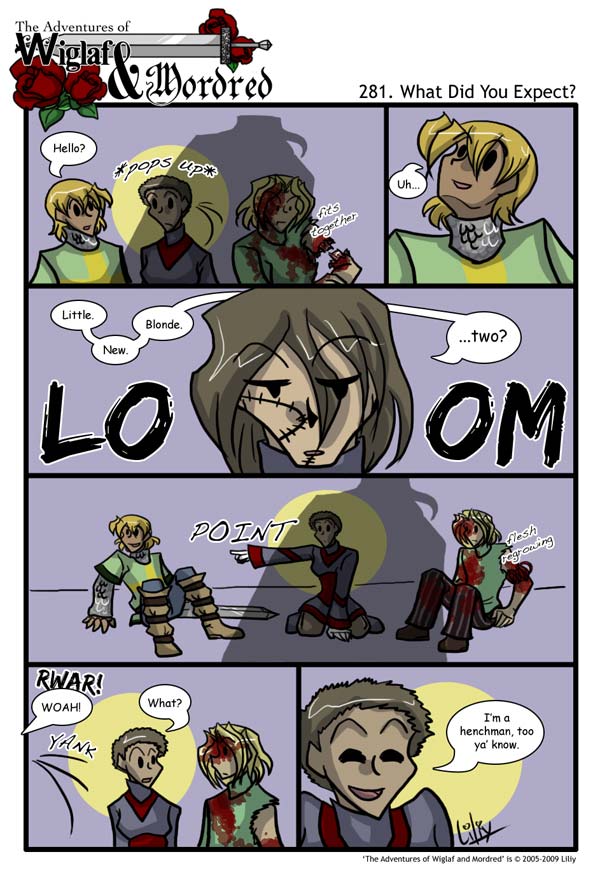 What Did You Expect?

Today’s title should have been “Wow, Camlann’s in a frame and not talking.”

So, when I was growing up as a spry 12-14 year old I was a huge Beast Wars fan. However, I stopped watching when the second series started -Beast Machines. There were various reasons and none of which I can remember.

So, after a recent run of rewatching all three seasons of Beast Wars – I figured I owed it to the storyline to force myself through Beast Machines.

That series is trippy. Man. I can’t imagine watching that thing as a kid; it’s intense, deep and weird. XD

However, the Vehicons make me ridiculously happy. Happy enough to sit through the horrible techno-organic plotline….thing. The Spark Storyline with Megatron is far more interesting.

And I love Jetstorm. I love him so much. T_T So very much.

“Are You With Me” by Vaux

That is a wonderful point she makes; killed me. XD And Ricky sure is dumb, huh? Not that you could blame him for not being able to tell Wiglaf and Gawan apart. XD

And yay Beast Machines! So trippy. XD But the vehicons and spark plot make up for it all. :D

I like how Gawain’s arm reattaches itself, and in Richy’s defense he doesn’t know who Wiglaf or Gawain are, all he know is that he’s looking for a small blond kid

Hm. Looks life Ricky is a little bit Frankenstein-y. I wonder if Galen made him?
I love Gawain/Hagen. Yay!

XD Hagen is sweet, but that apparently doesn’t prevent her from carrying out her henchman duties. Nothing personal, of course, just business.

It’s pretty unfortunate that Ricky can’t even remember which blonde he was chasing just a minute ago. XD I like how you drew Wiglaf in panel 2 and how you drew Gawain’s flesh reassembling itself.

In Ricky’s defense, He didn’t get that good a look at him.

Poor Wiglaf. Conversely, given that it IS Wiglaf, maybe poor Ricky is more in order.

Beast Wars. Ha, I used to watch that growing up too. And I also have recently had the chance to rewatch it, and boy… I’m surprised I was even able to understand what was going on. (Though perhaps I didn’t. Perhaps I just liked Waspinator’s silly voice.)

I find it odd that anyone would think Hagen WOULDN’T lie here. I mean, it’s the obvious thing to do. :D

Who wouldn’t just watch for Waspinator? He was endlessly cute. XD

…and of course Inferno. “FOR THE ROYALTY!”

Hmm…. I wonder if Ricky is at all vain about the length of his TK streak.

You’re not saying something with the position of that yellow dot on the wall, are you, Liliy? Hagen isn’t a were-creature, is she? She’s obviously not an angel/saint….

Well, that’s Wiglaf out of the picture, because Ricky will ostensibly be dragging hom to Doc Galen’s lab while trying to take him apart. How shall Mordred be engineered out of the front hallway before Arthur sees him?

RWAR?
I didn’t realize that was pronounceable…
But anyway, love this one.
I think everyone’s faces are priceless in panel 1…

Well, we all knew it had to happen sometime! Hagen finally shows her bad side. And gets someone mauled in the process… I would give Wiglaf about a… Eh… 50-50 chance of winning this. and only because he is hero.