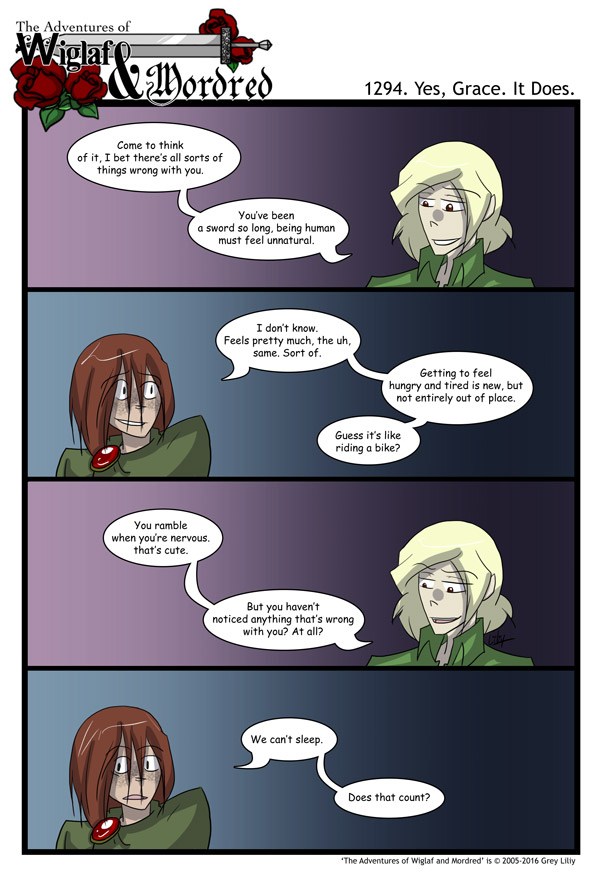 Yes, Grace. It Does.

Boss is picking on him. He’s being sort of a jerk this season. Probably why I named this part of the chapter “Inhuman.”

Poor Grace. He’s a serial killer, but he doesn’t deserve this! (I’m kidding. He’s totally earned this karma at some point. XD)

Grace looks so scared! I know he’s kinda an awful person, but I think(know) he’s better than Boss is. Azrael, come and save him! He needs you right now!

Boss must have killed more people over the centuries, but hard to say if he’s actually a worse person. Might depend on whether Grace tortured the children he murdered. And it’s hard to believe I just said that.