If you read my previous post, you know that today I was in a great mood. Woke up early, had breakfast with the folks. Went to a convention with my brother and raked in the goodies like Salty Dog V & IV and a Gin figurine.

The day continued to get better (the stuff that happened after that post) when I came home from the con and watched Red vs Blue: Reconstruction with my brother. Which was amazing. It made me laugh and finally bite the bullet and order the Red vs Blue Box Set for the first 5 seasons of DVDs. I was on top of the world in giddiness from seeing new footage of my one true love Sarge (Red Team FTW). My only disappointment was that Donut didn’t make an apperance – but since it looks like Reconsruction will be getting another season I have hope.

At this point, I rewatched House Season 5, Episode 4 for the tenth or so time. (Wilson takes House to his father’s funeral in case you forgot.) And the good mood just kept on going up.

It was at this point that things settled down and I opened Photoshop to draw tomorrow’s WAM while my brother hooked up his XBOX360 to the internet to log-in to his live account. (He couldn’t before b/c 1) I didn’t have internet in my room where the unit is and 2) Xbox suffered red ring of doom before he could set up his account on the machine.) He filled in his gamertag and got all ready to log-on.

This caused me a bit of ‘huh?’ because I clealry remember registering him earlier in the summer. Long story short, I spent a little over an hour trying every e-mail/password combination under the sun between both of our accounts to figure out what account was using his gamertag. None of them worked. And it wouldn’t even recognize his e-mail as having an account (which I know it did) so we couldn’t even have our password e-mailed to us. Maybe I’m crazy and didn’t actually register it. But that’s impossible b/c I can see the gamercard with the gamertag I registered in the summer and *breathes*

Needless to say, I’m in a bad mood and ranting about it on the computer seems to be helping. However, facts are facts and we had to reregister at Windows/XBOX/Whatever Live and he now has a new gamertag.

So now I’m trying to draw WAM and hopefully have come up with something acceptable. Because quite franky, I nearly said ‘screw it’ and posted nothing b/c I was so angry. I’ve calmed down a little bit since then and decided that it wasn’t fair to my readers to take out the frustration on them. I’m making them read this post instead. So there.

In conclusion: I hate you XBOX Live. Thank-you.

At least Izuru’s finally happy to have his Captain back. 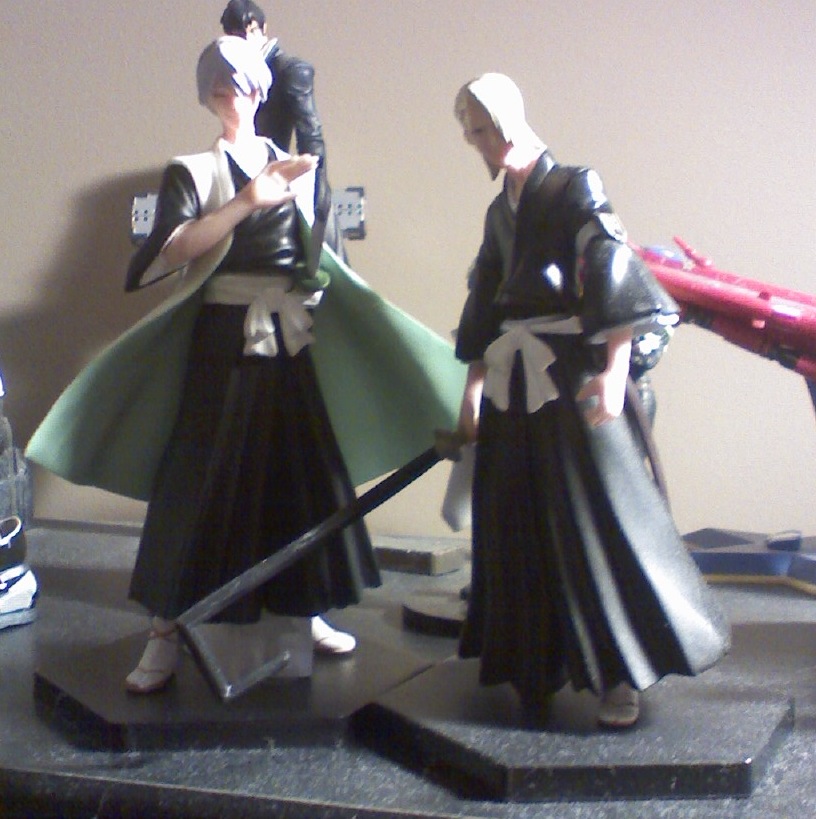