It’s that time again! Where I give you a rundown of my con events & fun, fun, fun~ :D

Friday was a bit of a wash. I didn’t get to the con until around 6pm, and even then I had to stand in line to register with my brother. We didn’t get to Artist’s Alley to say “Hi!” to everyone until 7pm or so. We ran around the Dealer’s Room & Artist Alley for a bit, but we went home early.

So, I had the honor of being invited to sit in & talk on a Panel with the Tamuran crew about writing for Long-Format webcomics. We had about 11 or 12 people sit in, so that was awesome. It was my first time on a panel, and I consider it a good one. :3

After that, we (my brother & I) dashed to the AMV Competition & it was a good show this year. The hands down best video (in my humble opinion) was definitely PonyNote. Oh man, PonyNote–how had I not seen you before?

Anyway, after that we took a lunch break & then ran around the Dealer’s Room & Artist Alley to get this year’s Haul. (Which you’ll see below.)

We headed off to watch Evangelion 2.22 around 8pm–still an awesome movie, btw.

Then! Dinner with 14 folks from Artist’s Alley at Oliver Garden until 1AM. It was awesome and included a lot of different studios & it was fun to tag along even though I didn’t have a table, but Erin & Chez of Tamuran invited me, so nyah.

I’d list all the groups, but I can’t remember everyone and I don’t want to leave anyone out. XD

The standard run around the dealer’s room and artist alley. Easy day. 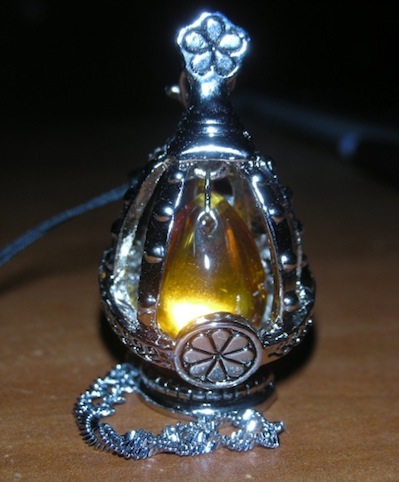 I love Mami. Now I can carry her with me everywhere! :D

This one is actually an early christmas present from my brother. :3 He knows what a big fan I am of Mami from Madoka Magica, so he got me her Soul Gem as a Cell Phone charm. It’s already on there and I play with it. I’m counting down until I break/shatter the thing. XD 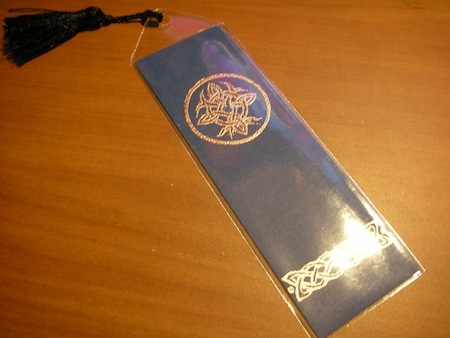 So, Tamuran Bookmark. Isn’t it cool? I had a hard time picking which one I wanted. Soooo many cool knot designs. T_T They make me jealous. 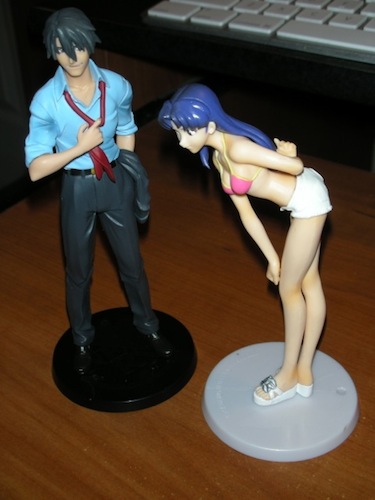 So, if you’ve paid attention to my previous Con Hauls, you know I’ve got a wee obsession with Misato Katsuragi figures. Well, Saturday I found a figure of Kaji. I’ve never seen a figure of Kaji before, and as he’s Misato’s main man–it was a no-brainer. Lucky enough, he came with a cute Bikini!Misato that was the same size. :D 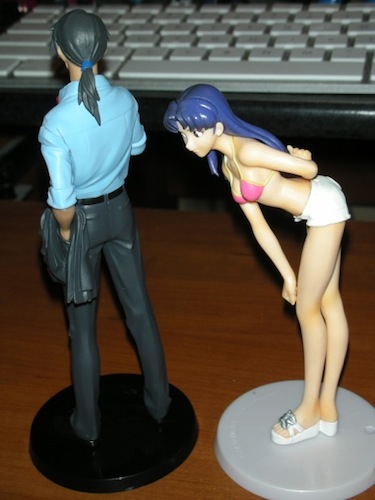 Misato knows what she likes.

Last but not least, my big purchase of the con: Large Misato Figure. So this con, I got 2 Misato figures!!! Whoo hoo.

I’m going to start running out of figures to buy sooner or later. There aren’t as many Misato as Rei and Asuka. XD Ahhhh.

Sunday I also bought some discount DVDS, but I forgot to take a picture of them. I think it was Burnout & Princess Minerva? Something like that.

Fun convention. I think I interacted with the most people this time around, which is always good & fun. XD Love you, Nekocon!